Guardians of the coast

“A pilot’s fundamental responsibility has not changed since the first pilot boarded a vessel to steer her into port: to ensure its safe navigation through expert knowledge of local waters,” said Captain Simon Pelletier, President of the International Maritime Pilots’ Association (IMPA). “First and foremost, pilots serve the public interest.” And with safety records close to 100 per cent in many jurisdictions that fall within the IMPA’s membership, who better to explain the importance of marine pilotage than Captain Pelletier, a 40-year veteran of the industry. 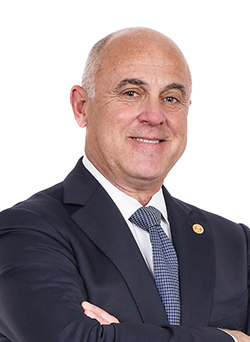 Before delving into the various aspects of pilotage, it is helpful to recognize the experience that Pelletier brings to the conversation. As a seasoned mariner, he has sailed on many different types of vessels, on every ocean, and made ports of call on all continents. He started his career in 1982 and rapidly achieved the rank of master before qualifying for his licence as a marine pilot on the St. Lawrence River in 1996. A champion of both his profession and marine safety, Captain Pelletier has played a leadership role in the Corporation of Lower St. Lawrence Pilots, which he served as President from 2004 to 2007, and in the Canadian Marine Pilots’ Association (CMPA), of which he became President in 2009 and continues to this day.

Captain Pelletier also has a keen interest in international affairs affecting marine pilotage. First elected as Vice President of the International Maritime Pilots’ Association (IMPA) in 2008, he was elected IMPA President in 2014, and was re-elected in 2018 (terms are for four years). As President, he is responsible for ensuring that pilots from six continents and over 55 countries speak with one voice on global issues affecting pilotage, and for ensuring that they play a constructive role in discussions with their partners in the international maritime sector and, in particular, with the International Maritime Organization.

Captain Pelletier holds the strong belief that, because of the key role marine pilots play in protecting the marine environment and in acting as economic enablers — and the close connection with the public interest this entails – they must uphold the highest standards of professionalism in everything they do and at all times. His work as a representative of pilots also reflects the belief that pilots need to be actively engaged, in a strategic and well-coordinated manner, in every process affecting their profession at the local, national, and international levels.

So, what are the responsibilities of a marine pilot? According to Captain Pelletier, the Canada Pilotage Act provides a good summary that can be applied to any jurisdiction:

pilotage services should be provided in a manner that promotes and contributes to the safety of navigation, including the safety of the public and marine personnel, and that protects human health, property and the environment;

pilotage services should be provided in an efficient and cost-effective manner;

risk management tools should be used effectively and evolving technologies taken into consideration; and

pilotage charges should be set at levels that allow for financial self-sufficiency.

“The nature of pilotage, and the role of pilots, does not change per se between different regions but will, of course, vary depending on the nature of the area in which they operate,” he said. “For example, here in Canada, there is river pilotage, coastal pilotage and port pilotage.” He added that the professional independence of pilots is of utmost importance. “Pilotage is not a private business; it is a public service delivered — actually mandated by governments around the world — to safeguard the public interest. In that sense, a pilot’s ultimate responsibility is to the public, and to the local communities where pilots live and ships transit. This is a particularly important consideration, perhaps the most important of all as it means that pilots will make decisions based on safety first.”

Indeed, Captain Pelletier warned that losing sight of this fundamental fact would result in pilotage being subject to commercial interests and the quest of profits first. “That’s why an important responsibility of the IMPA and representatives of pilots, like me, is to ensure that the International Maritime Organization, and governments around the world, understand that pilotage exists in the public interest and that they do not unduly de-regulate pilotage.”

When asked whether (and, if so, how) marine pilotage has changed over the years, Captain Pelletier noted that, while the basic duties and responsibilities have not changed, the world has. “International trade is more inter-connected than ever before and, with this, the volume of activity in shipping lanes, is constantly growing. At the same time, vessel size has grown exponentially on waterways that, for the most part, haven’t changed,” he said, noting that while new navigational aids and new technologies (such as the Portable Pilotage Unit) have been helpful, in the end it is the expert know-how of pilots that has had to adapt to changing circumstances in order to ensure that operations — “unthinkable just a few years ago” — can actually take place safely and efficiently. “The ultimate fail-safe in pilotage operations is looking out the window.”

Training and testing, while localized to ensure knowledge of surrounding waterways, is “rigorous” and requires proof of expertise. “Local knowledge is obviously a key factor in demonstrating expertise but to be considered for a pilotage position, one must meet additional requirements,” Captain Pelletier said. “You must have, depending on the country, anywhere from five to 15 years of nautical experience and sea time before you can become an apprentice pilot. And from there, you will spend anywhere from six months to three years demonstrating your skills at being a good ship handler.” Once ready for the examination, “you essentially have to be a speaking nautical chart,” he added, stressing how important local knowledge was to the activities of a pilot.

One trend that Captain Pelletier has noticed in recent years is the growing public intolerance for risk and the efforts needed to ensure the public and governments (especially newly installed governments) understand the role of a pilot and why the system has been set up as it is. “Pilots now play a larger role than ever in ensuring social licence for shipping,” he said. “The responsibilities of pilots are not limited to showing up on the bridge when a vessel comes into their designated waters and people often don’t realize that the work of pilots may have started years before a new terminal is built or a certain type of vessel first shows up in an area.”

Pilots are typically consulted by shippers, ports, and terminal operators to help design terminals and ensure operational procedures will ensure safe navigation, virtually 100 per cent of the time. “Around the world, pilots work the same way,” he said. “When there’s an opportunity to make a port more efficient or if new infrastructure is being developed, pilots are deeply involved. We must also ensure pilots are well-trained to understand the intricacies of the new terminal (drafts, currents, etc.) or the new ship coming into the area.”

While on the subject of efficiencies in port management, Captain Pelletier was asked about whether trends toward Vessel Arrival Systems were providing notable improvements in traffic management. “Port management in general, and especially, inter-modality has made important efficiency gains in recent years as a result of better planning and overall traffic management. Congestion pressures remain a preoccupation for many ports and it is only normal to constantly seek more efficient operations,” he said. “But it is also important to keep in mind that ports are unique, much more so than, for example, airports. One-size solutions don’t often work for maritime transportation. Global solutions, if they are not tailored to local realities, may end up hindering efficient operations.” He added that the IMPA’s consultative status at the International Maritime Organization is critical to ensuring that the temptation to push for uniform global approaches is tempered with the realities of local operations.

In both the short and long-term priorities for the IMPA, safety is the paramount consideration, and it filters through all of the Association’s activities. “Whether at the IMO level or evaluating best practices from around the world, our focus is always on personal safety, protection of the operating environment, and safe ship operations,” Captain Pelletier said.

While there are international regulations (under the IMO’s Safety of Life at Sea Convention) that address the rigging standards for ships when a pilot is boarding, the risk to personal safety has seen more than a few pilots lose their lives or suffer great injury. “The ship is moving, the pilot vessel is moving and there are waves and ocean swellings — there is no mechanism that you can implement to change that. One of the biggest problems we run into is inadequate equipment,” he said, adding that the IMPA has established a working group to review pilot boarding practices around the world in order to better understand trends and local approaches and, perhaps, identify recommendations to further safe transfers. The work is expected to conclude later this year.

For IMPA members — over 8,500 pilots — safety records are the envy of every transportation sector in the world. With an incident-free rate of 99.8 per cent in Canada — and comparable numbers in other countries that are within the IMPA membership — Captain Pelletier credits the priority of safety over commercial profits. “We hear about some non-IMPA jurisdictions who will provide bonuses to pilots if they can bring the ship in faster, cutting corners in safety. The trade off in risk to life or the environment is unacceptable when you consider the cost of a human life or an oil spill, for example.”

As noted above but worth reiterating, Captain Pelletier highlighted the constant priority of making sure that the role of the pilot is well understood. For example, the IMPA has been working with the International Chamber of Shipping over the last year in respect of the Chamber’s Bridge Procedures Guide — present on perhaps over 80 per cent of the global fleet — in order to make sure the role pilots play in safe navigation is described in a manner that reflects reality.

Asked for a final comment to wrap up the interview, Captain Pelletier wanted to reinforce what he hoped would be the key message of the APP’s article: “Pilots serve the public interest! COVID-19 has been a vivid demonstration of this, with pilots around the world ensuring that vital supplies kept reaching their destinations, safely and efficiently, as the world critically needed them.” 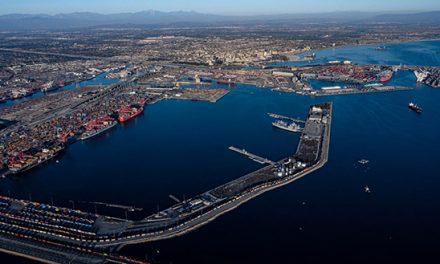 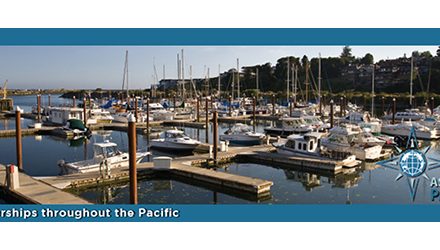