With the Trans Mountain Pipeline Expansion Project (Expansion Project) now well underway, the West Coast marine terminal for the pipeline – Westridge Marine Terminal – is also making great progress toward completion and feels the time is right to join with ports around the Pacific Rim. “As our new terminal comes to fruition, we see great opportunities to expand our perspective beyond Burnaby/Vancouver and become part of the larger ports’ community,” said Bikramjit Kanjilal, Director of Burnaby and Westridge Terminals, Trans Mountain. “We look forward to learning about the best practices and the innovations of other jurisdictions and we are pleased to share our own experiences.” And given the nine-year process of the Expansion Project, Kanjilal and his team will have many insights that could prove useful for APP members. 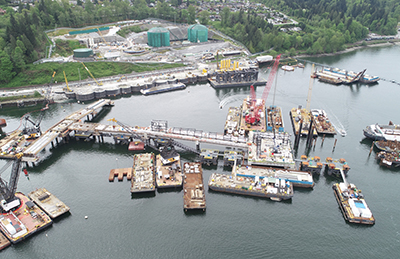 It would be impossible to provide a worthy summary of the entire journey the Expansion Project has followed with just a few short words affordable in this news release. The twists and turns of the approval process saw a four-year public consultation and regulatory review with the Government of Canada; the launch of legal appeals from First Nations, municipalities, and environmental groups; a shut down followed by a reconsideration process from Canada’s National Energy Board (now the Canada Energy Regulator); the purchase of Kinder Morgan’s interests by the Canadian Government, and other challenges that have been overcome in multiple jurisdictions as the linear infrastructure project is under construction in Alberta and BC. It’s a fascinating story and we encourage you to read more about the process at www.transmountain.com.

To match the increased capacity that comes with the pipeline expansion, the Westridge Marine Terminal expansion includes a new dock complex with three berths (increased from one), a utility dock to moor tugs, boom boats and emergency response vessels, additional delivery pipelines and an extension of the land along the shoreline to accommodate new equipment. “At this point, we are making great progress in the Lower Mainland where the first two berths will be in service by the end of December 2022 and the third berth later in 2023,” said Kanjilal, adding that the dock layout, developed in conjunction with the Vancouver Fraser Port Authority, the Pacific Pilotage Authority and BC Coast Pilots Ltd., will accommodate Aframax-size tankers – the same size currently permitted in Vancouver Harbour albeit with more frequent visits.

With a track record of zero spills from tanker operations at its present single-berth facility since 1956, it’s evident that a robust marine safety regime has been a key priority for Trans Mountain for over 65 years. That regime includes working closely with Transport Canada, the Canadian Coast Guard, Pacific Pilotage Authority and Vancouver Fraser Port Authority who share responsibility for establishing, implementing and monitoring regulations and practices for oil tankers in Vancouver Harbour; engaging highly-trained and qualified pilots to ensure tankers navigate local waters safely; and confirming that visiting vessels follow strict, internationally accepted build, manning, maintenance and operating quality standards mandated by the International Maritime Organization and Canadian Shipping Act, and verified by Class Societies. 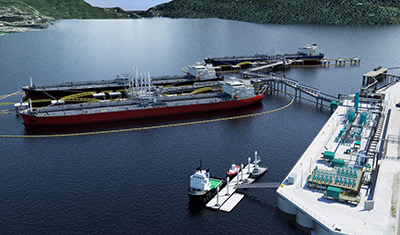 Additionally, marine spill response plans are in place through a partnership with the Western Canada Marine Response Corporation (WCMRC) – Western Canada’s federally mandated spill Response Organization (wcmrc.com) — to ensure quick action in the event of a spill. As part of the terminal expansion, this partnership will see WCMRC expand its own capabilities with a $150-million investment in new operational facilities, more equipment, and more staff.

Even with the high standards already in place for safe operations, Trans Mountain has proposed even greater risk controls and enhancements as the new terminal and its operations come online. These include expanding the escort area of laden tankers to cover the entire shipping route from Vancouver to the Pacific Ocean, including the Juan de Fuca Strait; extending the pilot disembarkation area further west from its current location off Victoria; and applying enh

With the significantly larger terminal and expanded operations, Westridge Marine Terminal sees growing their network outward to encompass the larger community of ports around the Pacific Ocean as a logical next step. “We believe being a part of the APP will allow us to develop relationships with the destination ports that our shippers (Canadian oil producers) may see opportunities in, given their future improved access to global tidewater,” said Kanjilal. He further noted that, while safety is always their top priority, trying to bring environmental considerations into their own operating standards – to follow new developments and new information – is all a part of their efforts to continually improve operations. “Understanding what other jurisdictions are doing in this regard will be very worthwhile.”

In return, Kanjilal agreed that their own experiences will be of value to APP members looking to understand large infrastructure project management, permitting processes, public consultation initiatives, as well as efforts to collaborate with government and other stakeholders.

The APP looks forward to working with the Trans Mountain team from both perspectives. 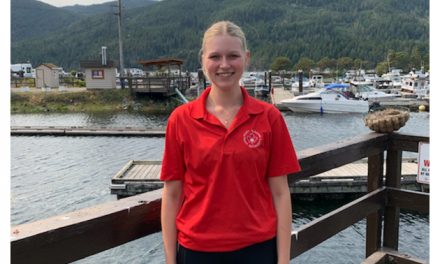