March 28, 2020 — The Association of Pacific Ports is pleased to extend a warm welcome to its newest Port Member, the Port of Alaska — now the APP’s northern-most representative. Given that 90 per cent of all freight comes to Alaska by water, the Port’s contribution to safe and effective supply chain logistics for America’s north will provide important insights for all members looking to learn from their experiences. It was with this in mind, that Port Director Steve Ribuffo described current activities and initiatives underway.

As a department within the Municipality of Anchorage, Ribuffo reports directly to the City Manager while overseeing a staff of 22. While responsibility for terminal operations falls to port users, Ribuffo’s department manages the leases, maintains a safe and sustainable environment, and works with stakeholders to ensure Alaska’s largest city — and, indeed, over 200 communities, military bases and other destinations within the State — has open access to an intermodal transport hub that connects marine, highway, rail, pipeline and air cargo.

Looking back over the history of the Port of Alaska, known as the Port of Anchorage up until 2017 — a change in name that recognized the extensive reach of the Port’s services — a number of key milestones have been marked, starting with the construction of a deep-sea, concrete dock in the late 1950s. A major earthquake in 1964, which destroyed much of the existing infrastructure of Alaska’s other main ports but left the Port of Anchorage unscathed, the rise of containerization in the mid-1960s, and the development of an intermodal transportation system all worked toward transforming the Port into one of Alaska’s most important connections for much-needed supplies as well as an efficient route for the state’s exports. Key to the Port’s success has been its flexibility and ability to accommodate any cargo request received.

Today, the Port of Alaska has more inbound cargo-handling capacity than all other Southcentral Alaska ports combined. Facilities include three general cargo terminals, two petroleum terminals, a dry barge landing, bulk cement-handling, gantry cranes and roll-on/roll-off capability. With 3,500 feet of dock (and all berths dredged to a 35-foot draft), the Port of Alaska also has a 125-acre cargo handling and storage yard, close to 60,000 tons of bulk cement storage, and 3.4 million barrels of liquid fuel storage.

Not only does the Port handle 75 per cent of all Southcentral Alaska/Railbelt-bound, waterborne, non-fuel freight, 95 per cent of all refined petroleum products distributed into Southcentral/Railbelt Alaska passes through the Port of Alaska valve yard, including virtually all AV gas consumed state-wide, jet fuel used at Ted Stevens International Airport and Joint Base Elmendorf-Richardson, and liquid fuels for motor vehicles, power utilities, home-heating, etc.

As previously noted, the Port of Alaska works closely with tenants and terminal operators to ensure goods can be moved freely throughout the state. This includes companies such as Matson Inc., TOTE Maritime, Marathon Petroleum, Crowley Fuels, Menzies Aviation, ABI Cement and Delta Western Petroleum as well as the Department of Defense who uses the Port to deploy equipment and supplies internationally to and from Alaska’s five military installations. Ribuffo also noted that the Port has a very good relationship with Holland America/Princess Cruise Lines and welcomes anywhere between 10 and 14 cruise ships each summer. Most port customers are serviced by North Star Terminal and Stevedore Co., LLC, who establish direct contracts to provide a full range of services, from terminal operations equipment to cargo storage and handling to longshore, non-unionized staff.

Looking to the future, Ribuffo and his nine-member Board of Commissioners have recognized the need to continually modernize and expand. A number of activities are already underway as part of a multi-year, multi-million-dollar investment strategy that will see critical upgrades to infrastructure, ultimately improving operational efficiency, accommodating modern shipping operations as well as building in greater resiliency and optimization of facilities to keep up with changing economic and market needs.

Two recent announcements of grants from the U.S. Department of Transportation — a $25-million grant announced in November 2019 under the Better Utilizing Investment to Leverage Development (BUILD) Program and another $20 million provided as part of the DOT’s Infrastructure Development Program — will help complete the $214-million petroleum and cement terminal project recently approved by the Anchorage Assembly. The project will be completed by 2021.

With project benefits that include increased capacity; new ship-to-shore cranes to allow for larger container vessel visits; greater seismic resilience, and improved post seismic event operational capability; and a 75-year design life to reduce current maintenance requirements, the Port of Alaska will be a wealth of information for other APP members looking to learn from their experiences.

On behalf of the APP Board and members, welcome to the Association! 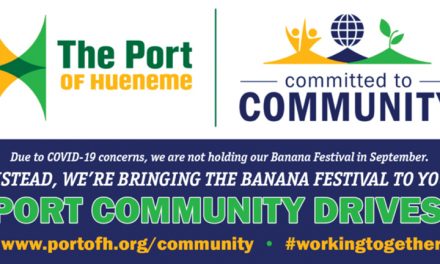 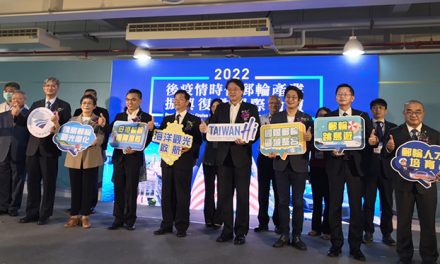