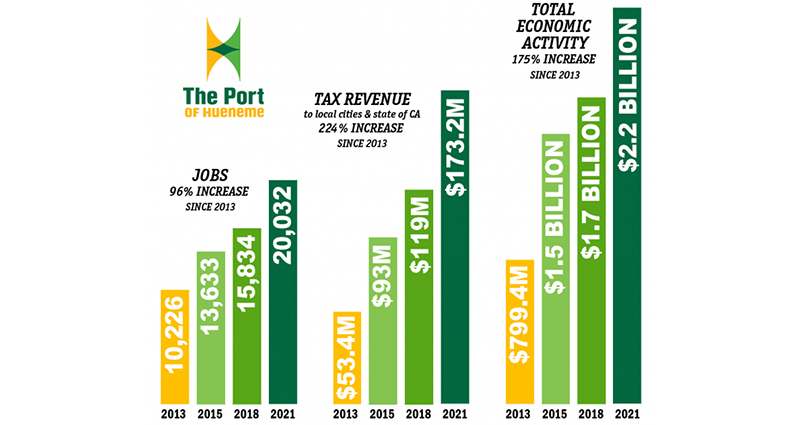 February 23, 2022 — The Port of Hueneme continues to serve as a vital economic engine throughout the region as evidenced by the release of a new economic impact report. The latest results show a steady and significant increase since 2013 in several key areas as demonstrated in the report updated by Martin Associates, a renowned economic consulting company for the maritime industry. The report shows that total economic activity increased by 150% or $1.4 billion to $2.2 billion and tax revenues to local cities and the state topped out at $173.2 million, a stark 224% increase. Since the previous report released in 2018, jobs grew in record numbers to 20,032 jobs, creating 4,200 additional jobs, of which 95% of these traded-created jobs are in Ventura County.

The new 2021 study confirms that the Port of Hueneme continues to serve as a key source of economic activity in Ventura County,” said Oxnard Harbor District President, Mary Anne Rooney. “The Port is invaluable to our region due to the fact that we generate millions in state and local taxes that help fund vital public services such as education, police, fire services, and road improvements.”

The Port of Hueneme’s 84-year legacy as serving as a key driver and economic force in the region reaches new bounds as demonstrated by the 2021 data in the report. In fact, the $2.2 billion in trade related activity and 20,032 trade related jobs through the Port of Hueneme account for 4% of Ventura County’s total Gross Domestic Product and make up 6% of the County’s local workforce.

“In order to sustain this growth as an economic engine, it is critical that the Port continues to invest in terminal, rail, and highway access infrastructure to meet future demand, and to continue to attract tenants to stimulate further economic development in Southern California,” said John Martin, President of Martin Associates. “This suggests that the future growth of the Port will result in further job, income, and tax growth for the region.” 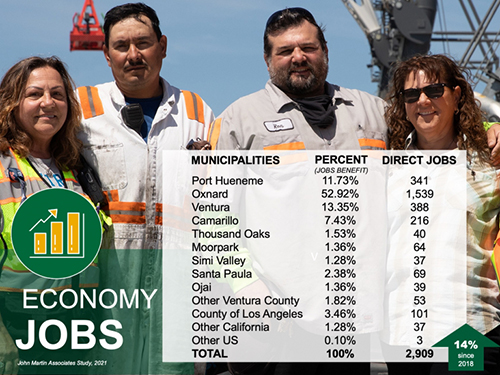 Of particular importance is the fact that the Port generates nearly 3,000 direct jobs with an average annual salary of $70,174, compared to the county-wide average salary of about $63,440 – almost $8,000 higher than the average salary in the county which further underscores the importance of the Port as a major catalyst in Ventura County and the state of California economies.

The major Port customers that connect our County to world markets include Del Monte, Chiquita, BMW, Wallenius Wilhelmsen, GLOVIS, Sealand, Mission Produce, and Yara. These companies have chosen to make our County their home, they invest here, train our residents for good paying jobs and create this impressive economic output.

“Trade not only creates thousands of jobs, but also generates tax revenues for local cities through our customers that invest in and base their terminal operations in our communities,” said Kristin Decas, CEO & Port Director. “In addition to the economic benefits the Port and our customers bring to local residents, we are also committed to grassroots community engagement through our support and presence at local events as well as promoting social advocacy.” 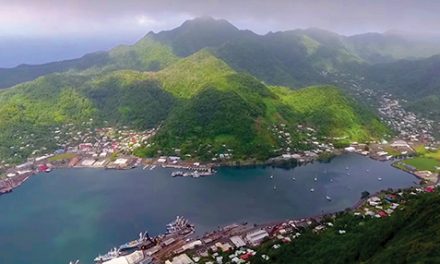 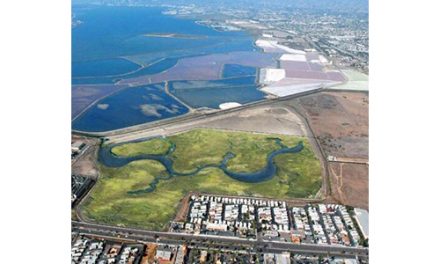