November 17, 2021 — A permanent administration building is one step closer to fruition for the Port of Newport following the monthly Port Commission meeting on Tuesday.

With more than nine years in a temporary structure, Port officials have been working with local architects Dustin Capri and Dietmar Goebel to create plans and documents for a new office building. A request for quotes yielded three submissions, all within budget, with Baldwin General Contracting, Inc. successfully submitting the winning proposal at $2.03 million.

General Manager Paula Miranda said the Port can afford the project thanks to its stable financial footing and a low-interest loan from Business Oregon. In addition to the construction cost, Port officials also approved a 10 percent contingency and an additional $120,000 for equipment and furnishing needs for the building.

“The small, temporary portable office is not a good situation and we’re past due for a permanent solution,” said Commissioner Jeff Lackey in support of the project. “Port staff have worked through the process with the architects to minimize cost, be thorough in the bid process, and set the Port up with a successful workspace.”

Miranda assured commissioners that both staff and architects had taken a thoughtful approach to planning a structure that will meet the Port’s needs.

“This is not an overly expensive building,” she remarked. “We originally looked at a cost of $2.4 million but we stripped this down as much as we possibly could.”

Commissioners voted unanimously to enter into a contract with Baldwin pending final negotiations. Commissioner Walter Chuck was not in attendance.

In other business, the Port also heard a presentation from Heather Mann, executive director of Midwater Trawlers Cooperative (MTC), on a recently completed study of the economic impacts of fishing on the region.

Mann presented the economic data compiled by The Resource Group, LLC, of Corvallis. Among other things, the study found that the percentage of Lincoln County earned income from commercial fishing had grown from 9.9 percent in 2012 to 14.2 percent in 2019.

The report also looked at how related and connected industries contributed to the local economy and estimated that the combination of earned income from fishing and the income from connected and related activities resulted in a total of $346 million in income in Lincoln County.

“This is important knowledge and such a huge tool for our future and the future of our port, the community, and the fishing industry itself,” said Commissioner Kelley Retherford.

The report was underwritten by the Lincoln County Board of Commissioners and MTC.

Port Commissioners also unanimously adopted a resolution to address liveaboard vessels within the organization’s marinas. According to Director of Operations Aaron Bretz, the resolution reinforced what already existed within the Port’s facilities code. Individuals who wish to live aboard a vessel must make application annually and the Port will consider both the condition of the vessel and the conduct of the individual applicant before making a determination. Application is required of anyone who stays on a vessel within the marina for more than 21 days. 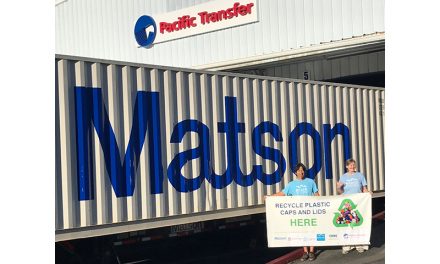 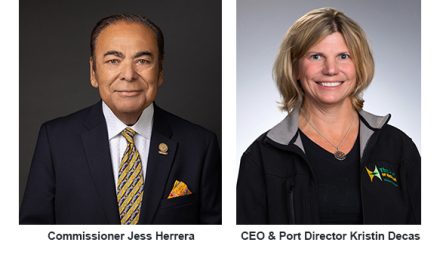