January 12, 2021 – The Port’s SEA LINC Project (Spurring Economic Advantages with Logistical Investments for New Connectivity) was recently awarded official designation by the U.S. Department of Transportation, marking the first time a project has been designated in Southern California since the inception of the American Marine Highways Program in 2007.

The SEA LINC Project aims to move cargo off federal and state highways by shifting the cargo to barge along Marine Highway 5 (M-5) instead. The cargo, currently being trucked from the Pacific Northwest to Southern California, will now move on the water and reduce traffic and air emissions, improve safety, and eliminate wear and tear on the roadways spanning across three states. The Port’s project is also the first American Marine Highway Coastal Service project designated on the entire West Coast of the United States.

“The successful designation of this project is another example of how we are thinking outside of the box to grow our services at the Port, while reducing the impacts on our environment,” said Oxnard Harbor District Board President Jess J. Ramirez. “I would like to thank our federal partners at the Maritime Administration (MARAD), Congresswoman Brownley, Congressman Carbajal, and Senator Feinstein for their support on this project and continued work to improve our nation’s goods movement supply chains.”

Kristin Decas, CEO & Port Director explained, “This project opens up a pathway for new services to expand productivity and efficiency on the West Coast, reduces costs for BCOs, eliminates over 23,000 tons of GHG emissions, and saves over a million dollars in public safety and infrastructure maintenance annually.”

America’s Marine Highway Program bolsters local economies by creating and preserving jobs on U.S. waterways. By expanding the use of navigable, cost-effective waterways, communities are able to save in vehicle costs and travel time, ultimately improving economic efficiency, public safety, and security. To learn more about the American Marine Highways program, click here. 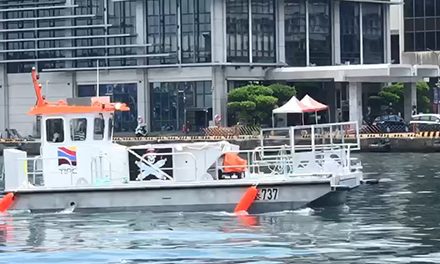 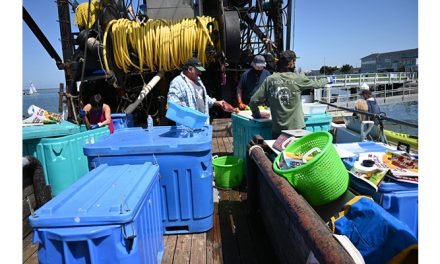 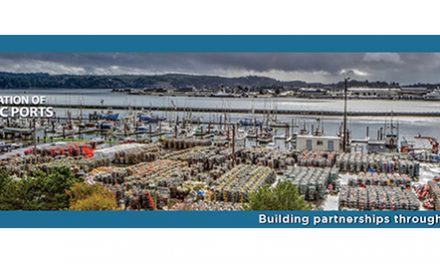