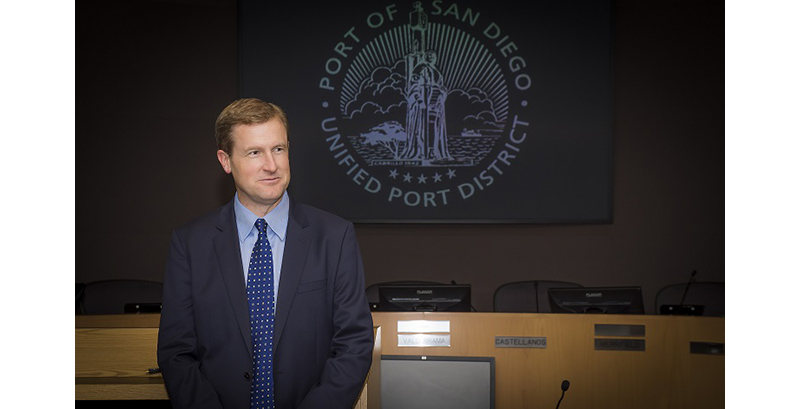 January 19, 2021 — Presiding over the first Board of Port Commissioners meeting of the year and a Board that includes two new commissioners, Michael Zucchet has begun his term as 2021 chairman and leads as one of three executive officers. Dan Malcolm, who represents the City of Imperial Beach, is serving as vice chairman, and Rafael Castellanos, who represents the City of San Diego and was recently reappointed for another term by the San Diego City Council, is serving as secretary.

With a promising, yet challenging year ahead, Chairman Zucchet, who represents the City of San Diego, shared his priorities for 2021 at the January 19 Board meeting.

“I am committed to collaborating with my fellow commissioners, Port staff, and our tenants, partners, and neighbors to ensure continued and steady navigation through the impacts of the global COVID-19 pandemic and to guide the transition of leadership with two new commissioners, the retirement of Randa Coniglio, our current president and CEO, and Joe Stuyvesant coming in to be our next president and CEO,” says Chairman Zucchet. “I also look forward to elevating the Port’s role as an environmental champion – particularly on environmental justice and air quality, and to keeping our major planning and redevelopment projects moving forward.”

Chairman Zucchet pointed to the Port’s Climate Action Plan, developing Maritime Clean Air Strategy, vehicle and equipment electrification at the Port’s cargo and cruise terminals, and infrastructure improvement efforts at the Tenth Avenue Marine Terminal and along Harbor Drive as good examples of the Port’s dedication to cleaner air for the health of the Working Waterfront and neighboring communities. He also called out the Port Master Plan Update (PMPU), and the Chula Vista Bayfront, Central Embarcadero and East Harbor Island projects as important ones to keep moving forward to help improve, transform and reimagine the San Diego Bay waterfront.

Outgoing 2020 Chair Ann Moore, the Board’s Chula Vista representative, recapped her 2020 “Port of the Future” theme to highlight the progress the Port has made in the PMPU effort with the public release of a revised draft in 2020, and the Chula Vista Bayfront project with the transformation well underway. She also pointed to the revitalization of Seaport Village with a number of new tenants signing on despite the economic downturn, the opening of The Brigantine’s Portside Pier, advancement of the STAY OPEN shared accommodations hotel project proposed to be adjacent to the Port Administration Building, completion of an important lighting test for the Coronado Bay Bridge Lighting project, progression of the San Diego Symphony’s Bayside Performance Park project now known as The Shell, completion of the Tenth Avenue Marine Terminal Modernization project, the addition of more electric vehicle charging stations around the bayfront, getting ever-closer to real solutions to address the border sewage issue from the Tijuana River, and more.

There are seven commissioners on the Board, each appointed by the city councils of their respective cities. In addition to the executive officers and outgoing chair, Commissioner Garry Bonelli represents Coronado; Commissioner Sandy Naranjo, appointed in December 2020, represents National City; and Commissioner Jennifer LeSar, newly appointed earlier this month, represents San Diego. Commissioners are appointed for four-year terms and may be reappointed for additional terms. The Board of Port Commissioners is responsible for setting the policies by which the Port of San Diego conducts its day-to-day operations, under the guidance of its President and CEO.

In alignment with public health orders related to the COVID-19 pandemic, meetings of the Board of Port Commissioners are being held virtually until further notice. Click here for the latest meeting schedule and other information. 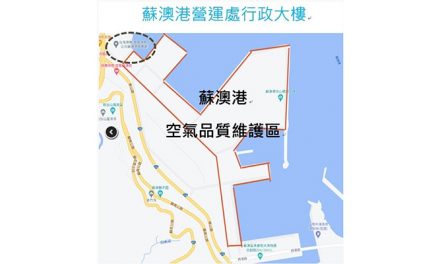 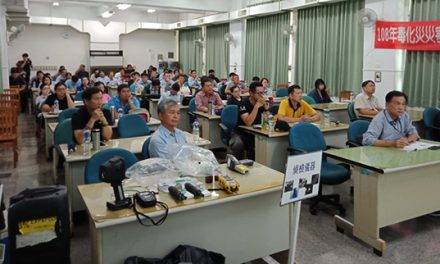