August 20, 2021 —  On July 29, under the witness of Wang Kwo-Tsai, Minister of Transportation and Communications, the contract of the New Taiwan-Penghu Ferry Operation and Construction Project was officially signed by Yeh Hsieh-Lung, Director-General of the Maritime and Port Bureau (MPB) and Liu Wen-Ching, Chairman of Taiwan Navigation Company (TNC) at the Ministry of Transportation and Communications (MOTC). Lai Feng-Wei, Penghu County Magistrate, and Kuo Tien-Kuei, Deputy Secretary-General of Kaohsiung City, also witnessed the event and offered their congratulations online. Chi Wen-Jong, Deputy Minister of the MOTC, Ho Shu-Ping, Director-General of the Department of Navigation and Aviation, Hsieh Wei-Chun, Chairman of the CR Classification Society, Huang Shih-Fang, Section Director of the Tourism Bureau, and a number of VIPs were also invited to attend the ceremony. The signing ceremony was broadcast live to the media and the public. It is anticipated that the 32-year-old vessel TAIHWA Ferry will be replaced in August 2023 to provide a new service on the Kaohsiung-Magong route.

Photo above: Minister Wang Kwo-Tsai and guests of honor at the signing of the contract.

In his speech, Wang Kwo-Tsai said that the delivery of the new Taiwan-Penghu Ferry in August 2023 is a promise made by President Tsai Ing-Wen and Premier Su Tseng-Chang of the Executive Yuan to the residents of Penghu. He hoped that the cooperation between the MPB and TNC will be completed on time and according to the quality standard. Through the construction of the new ship, it will improve the service standard so that Penghu residents can have a more convenient and safer transportation environment in their daily lives. Furthermore, in addition to the new Taiwan-Penghu ferry contract signed today, MOTC has also invested in other transportation construction in the Penghu area. These include subsidizing the procurement of five inter-island transportation vessels, as well as the extension of Pier 1 at Magong Port and the ferry terminal project, which are being vigorously implemented and expected to be completed from the end of this year to 2023. The development plan of the Jinlongtou International Tourism Waterfront adjacent to Magong Port will also link up the surrounding scenic spots such as the Duxingshi Village Cultural Park and the New Penghu Bay Juguang Special Zone to become the new highlight of Penghu tourism and drive the development of Penghu’s tourism economy.

Director-General Yeh Hsieh-Lung of the MPB said that the construction and operation of the new Taiwan-Penghu ferry will break away from the previous framework of publicly owned ships, and will leave behind the traditional model of the government commissioning shipyards to build ships and then entrusting the operation to the shipping industry. The shipping carriers will instead design and build new vessels in accordance with the basic specifications set by MPB and their own operational needs. In addition to providing the basic 300 voyages per year for the Kaohsiung-Magong route for the next 20 years on a self-financing basis, it is also planned that shipping operators can retain the flexibility of vessel operation. In the future, when the pandemic eases and the domestic tourism trend picks up again, tourism charter activities can also be planned under the principle of not affecting the scheduled voyages of the Taiwan-Penghu ferry. The new commissioning method and diversified operation mode will effectively reduce the government’s financial expenditure and promote the development of maritime tourism in Taiwan. In addition, MPB will also introduce aesthetic project management services. In the future, professional aesthetic consultants will collaborate with the shipyard to design the imagery for the appearance and interior space of the new Taiwan-Penghu ferry. Residents of Penghu will be able to look forward to these new designs!

The new Taiwan-Penghu ferry is the starting point for the MOTC to fulfill transportation justice for Penghu residents. It can bring more people, vehicles, and resources to Penghu. The MPB will cooperate fully with TNC to successfully complete the construction of the new vessel and launch it in August 2023, so as to provide the people of Penghu with better outlying island sea transportation services. 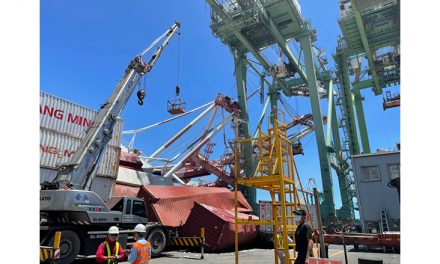 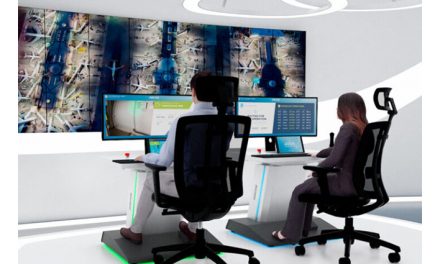