When Hawaii’s Division of Boating and Ocean Recreation (DOBOR) decided it was time to “get rid of the 3×5 index cards” that constituted their management system, Kevin Yim was tasked with being the agent of change. Yim couldn’t imagine the changes in store for him and his team. As the Boating Staff Officer for the Division — one of nine within the Department of Land and Natural Resources — Yim oversees the management of Hawaii’s 16 recreational harbors, commercial property, permitting for all activities within three miles of Hawaii’s shores, and vessel registration and titling. To assist him with the task, he turned to Yardi, a leading provider of high-performance software solutions.

“We have a mix of very different types of businesses,” Yim said in describing the decision-making process to bring all portfolios under one system and interface. “Our responsibilities are so diverse — for example, tracking vacancies, keys, and security deposits for tenants of the recreational marinas, maintaining leases for our commercial properties plus issuing and tracking permits for near-shore activities as well as vessel registration and titling.”

In outlining their capabilities, Jay Rainaldi, Director, Government Solutions for Yardi, noted that the project was an intriguing one for them. “We are not typically a custom software shop since our out-of-the-box functionality is usually more than enough for our real estate clients,” he said, albeit noting that, from time to time, a project will come up that requires a number of pieces of functionality from across Yardi’s full suite of software. Rainaldi gave examples such as customizing software to accommodate some of the larger banks in the U.S. as well as customizing their residential product to work with military clients. “We had already been talking internally about developing greater functionalities for recreational harbor management and this project allowed us to pursue that idea.”

When Yardi met with Yim and his team, the first goal was developing a ‘wish list’ of functional requirements to be built into the system. “It’s a bit of a trial-and-error process,” said Rainaldi. “As you move from development of the software to implementation and then seeing how staff are using it, there would be additional requirements identified that had to be worked into the system, things that weren’t considered in the first roll-out — extra fields, for example.” Both he and Yim also noted that, while implementing the system, new responsibilities were being added from different parts of the state “so it required a lot of flexibility and being nimble enough to respond to these in real time,” said Rainaldi.

As the project progressed, Yim recalled there were a number of challenges, starting with bringing all of the data online — more than 20 years’ worth — as well as changing the mindset of staff. “Our operations cover four divisions — the Islands of Hawaii, Kauai, Maui, Lanai, Molokai, and Oahu as well as Honolulu, the largest city and county in the U.S. and each of the islands were interpreting the rules differently,” he said. “One of our goals was to bring consistency to the procedures of each office and get away from local-style rules. We also had to train staff in basic computer skills as well as ‘un-learn’ bad habits.”

Yim gave a lot of credit to Yardi’s project manager, Rachel Nowacky. “She addressed a lot of our challenges very quickly. She helped us bring about 700 accounts into the system at the beginning of the process and then smoothed out some of the issues and trained the staff to get them comfortable with the interface,” he said, adding that they held weekly meetings over the span of two years to continually refine the program, providing hands-on training, and ensuring all components of the system were meeting expectations.

While the learning curve was steep, Yim is seeing significant benefits. “Before we had the system, it would take about three days to generate a report of how many vacancies there were at each marina for state legislature meetings. Now, it takes about 10 minutes to get the same report. I can tell you within two minutes now how many vacancies we have at any of our marinas — which slips are available, which are out of service — and I can do it without having to leave my office or call another office.” He described having a nightmare of time trying to pull out one number from a messy spreadsheet that, in reality, only one person in the office could interpret…and she was on parental leave!

The program sorted out the tracking of keys for mailboxes and restroom facilities, security deposits, customer balances and a more robust online component so that customers would not only be able to pay online but also view their entire account, including balances owing. Staff can now implement price changes and assess late fees with great simplicity. There are also notifications built into the system that will alert staff to important timelines or overdue tasks.

Another key benefit for Yim was the ability to generate reports to create treasury deposit receipts so that funds could be transferred from Hawaii’s General Fund to the DOBOR special fund. “In our state, all funds are deposited into the General Fund and we would have to generate a lot of paperwork to be able to move those funds,” he said. “Yardi helped us develop a report that now makes that process seamless.”

Both Yim and Rainaldi pointed out that the implementation and further development of the new system is a work in progress. “There are still capabilities within the system that I’m learning about,” said Yim. “Our efforts have been focused on getting the functionality working in the areas we need, and we are continuing to find more efficiencies as we move forward.”

In looking to the future, Yim felt Yardi Voyager would allow them to take on new responsibilities without going to great lengths to modify the system. “In the middle of this project, we were tasked with adding the vessel titling system to our vessel registration services and with Yardi’s assistance, we were able to do this in fairly short order. We’re being asked all the time to take on new responsibilities and having a unified system will make that much easier.”

When asked for final thoughts on the process and the results, both Rainaldi and Yim praised each other. “They’re a great team to work with,” they said in unison. 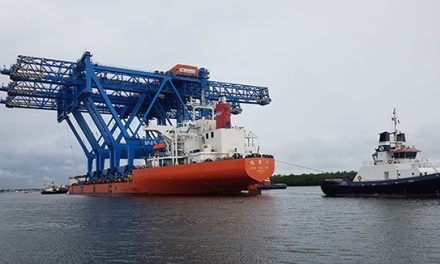 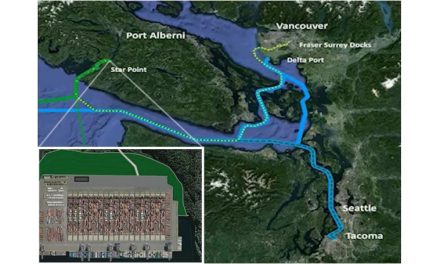 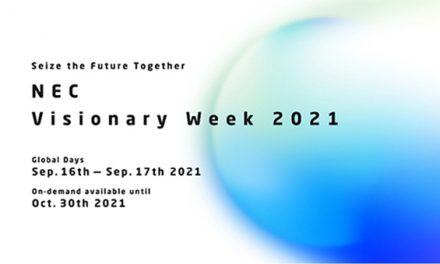