November 4, 2021 (Source: Samoa News / Samoa News staff) — American Samoa’s “dependence on imports is extreme, compared to other U.S jurisdictions” and in the midst of the COVID-19 pandemic last year, the territory saw a 30,000 tonnage increase in imports from the prior year for the Port of Pago Pago, according to a Port Administration (DPA) proposal for a new seaport facility project at the main dock.

“Essentially, the pandemic related increase in imports exacerbated the existing storage shortage and has highlighted the need to maximize space,” said DPA in a 34-page funding proposal for three department proposed projects – including the Seaport Facilities — with American Samoa’s $479 million share of the federal American Rescue Plan Act (ARPA) of 2021.

DPA said that a “significant part of the upgrades” to the Port facility, “will be a COVID-19 quarantine facility to ensure that incoming crew members that are being tested for infection, are safely quarantined.”

“No such facilities exists and the potential for close contact with quarantined individuals is high. Upgrading the port facilities and container storage areas will directly address public health safety issues by allowing for safer and cleaner facilities,” the proposal said.

And the main building has been condemned by the Health Department (DoH) and DPA has since relocated its office to the Pago Plaza — as are other tenants of the building. (See Samoa News edition Oct. 8th for details.)

Port Administration director Christopher King has submitted the proposed list of the three projects to Oversight Office director Keith Gebauer, who was informed that the projects are designed to ensure that the Ports has sustainable infrastructure to recover from the pandemic and to increase economic productivity for the years to come.

Samoa News points out that there have been discussions over the years for upgrading the DPA building — which was built in the early 1950s — or even building a new facility, as the current one is not safe.

According to the proposal, a study conducted by Lyons Associates in 2001 for the DPA Port Master Plan stated that work needed to be conducted to improve the infrastructure of the container yard and  wharf.

However, nothing has been done, with previous Administration officials telling lawmakers that one of the major issues is the lack of sufficient funding for such a major project. But with ARPA money, DPA is now in a position to carry out improvements.

In its proposal to the Oversight Office, the DPA explained that since the beginning of the pandemic, American Samoa has seen “an almost 30,000 ton increase of total containerized tonnage from 2019 to 2020.”

“This created struggles for DPA and the stevedoring companies to process and find storage for the containers,” it says. “Most importantly, the COVID-19 Pandemic brought on major changes in consumption and shopping patterns, which led to increased import demand for manufactured consumer goods.”

The proposal includes a chart table, which shows total containerized tonnage from 2017 to 2020. And DPA said this data shows that there is a need to improve the infrastructure of the container yard and wharf to accommodate the increased traffic brought on by the Pandemic.

For the container yard, DPA said it’s “overcrowded” and not equipped to handle the number of containers that pass through the Port. DPA said it has resorted to storing containers on the Service Wharf, which was meant to service DPA vessels.

ASG’s efforts to find more places for storage have been unsuccessful and containers are seen scattered throughout the island, in front of private businesses and along the road due to lack of space.

“By demolishing the existing building, which occupies about one-third of the entire Port area — it will open almost 40,000 square feet of area for more storage,” the proposal states.

Furthermore, the container yard requires major reconstruction and repairs that will better accommodate the current operations.

While upgrading the Port of Pago Pago has been a long-standing issue, the proposed renovations and improvements are a direct response to the COVID-19 pandemic, the proposal said, noting that the project will ultimately make necessary infrastructure improvements to aid all industries and agencies affected by the public health emergency, said DPA.

The proposal spells out in detail the Scope of Work for the project, which includes demolishing the existing building; seeking a qualified architect/designer to design an upgrade for the project; and construction — which would be carried out in phases.

DPA also provided a break-down on the spending of the $20 million in ARPA funds allocated for this project as well as the time-line on how long it will take to be completed.

Of the total cost, DPA estimates that $11.7 million will be for the phase one of the construction for the DPA Administration building.

Samoa News will report later on the other two projects — an airport terminal and inter-island ocean transport service. 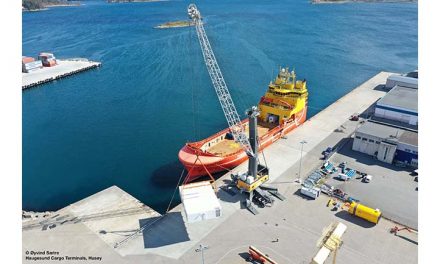 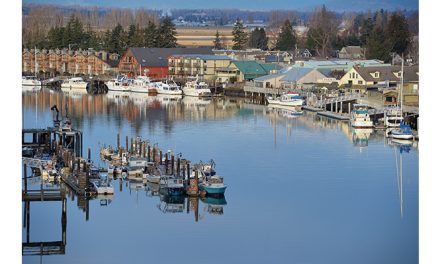