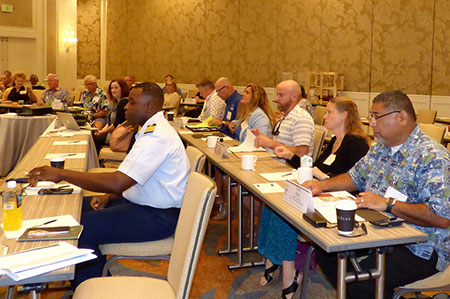 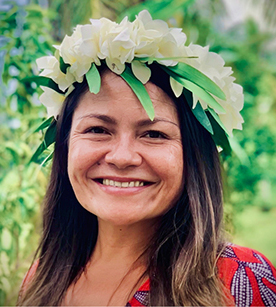 July 29, 2021 — The Association of Pacific Ports is very pleased to welcome Kimberlyn King-Hinds as our newly elected President. Representing the Commonwealth Ports Authority (CPA), Northern Mariana Islands, King-Hinds assumes the role following the tenure of Ian Marr from the Port of Nanaimo. “I’m looking forward to leading the APP and working with everyone to improve our port community through sharing knowledge and resources to benefit the communities we serve,” she said in accepting the position at the APP’s Annual General Meeting on July 29, 2021.

As Chair of the CPA Board of Directors, King-Hinds has had a distinguished career balancing the practice of law in the Commonwealth of the Northern Mariana Islands and serving the public in various capacities. Currently in private practice addressing areas of family law, probate law and general civil litigation, King-Hinds is also currently the conflict counsel for the NMI Settlement Fund and Legal Counsel for the Tinian Mayor’s Office. King-Hinds also currently devotes numerous hours serving the people of the CNMI on various government advisory boards and non-profit organizations. 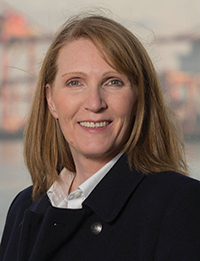 Joining the APP in 2020, Jane McIvor has worked in the public relations and communications field for over 25 years, predominantly in the maritime industry, McIvor provided association management services to clients such as British Columbia Marine Trades Association, Pacific Rim Cruise Association, Cruise BC and others before launching BC Shipping News, a trade magazine focused on commercial marine activities on the West Coast of Canada. Jane has a Bachelor of Arts in International Relations from the University of British Columbia and a Diploma in Communications from Columbia Broadcasting. She currently sits on the Boards of the Vancouver Maritime Museum and Royal Canadian Marine Search and Rescue, and was a recent recipient of the SS Beaver Medal for Maritime Excellence, an award presented by the Maritime Museum of British Columbia to recognize individuals who play a leadership role in the marine industry.